Importing mails from Mac Mail to Thunderbird is not over the top difficult, but it sure is made out to be such by dozens of ordinary tools that have flooded the internet. It’s not easy to import emails manually using the simple import/export feature, but the third-party tools don’t make it any easier.

The problem with Mac Mail to Thunderbird data export is that Mac Mail doesn’t use the standard MBOX files. This may come as a surprise to some users, especially if you are new to email migration. Because it was Mac Mail that introduced MBOX first. It was the native file where emails were stored by Mac Mail.

But only after the second edition, Mac Mail started using EMLX files. One EMLX file for a single email message. The attachments were stored in EMLXPART files. All these are in turn stored inside .mbox file packages. Which is misleading because those file packages are not standard MBOX file; they are more like folders with .mbox as an extension.

This is a problem because Thunderbird can use MBOX to import data. It could have been easier to import mails from Mac Mail to Thunderbird if Mac Mail natively stores data in MBOX.

But it doesn’t. So you have to rely  on other methods to move your emails and other items.

One of them is to manually move data through IMAP sync method. It’s not necessary to explain that method in detail because we highly recommend against it. It’s long, it’s risky, and it doesn’t result in full data migration.

Second method is to archive your Mac Mail data to MBOX files first and then import to Thunderbird. This too isn’t the most effective data migration method.

Finally, and the one that professionals use, is to convert directly from the native Mac Mail database to Thunderbird. It can be done by professional’s tools, but keep in mind that this doesn’t involve EMLX to Thunderbird file converters. The one that’s expert recommended is the direct approach, to target the profile database straightaway.

“Mail Extractor Max” from USL Software can help you with that. Built by USL Software, it takes care of all the items inside the Mac Mail database, from your images to attachments to email formatting, Unicode text, folder hierarchy, nested emails, and more. It’s the only software solution available today that will get you from Mac Mail to Thunderbird with ease. 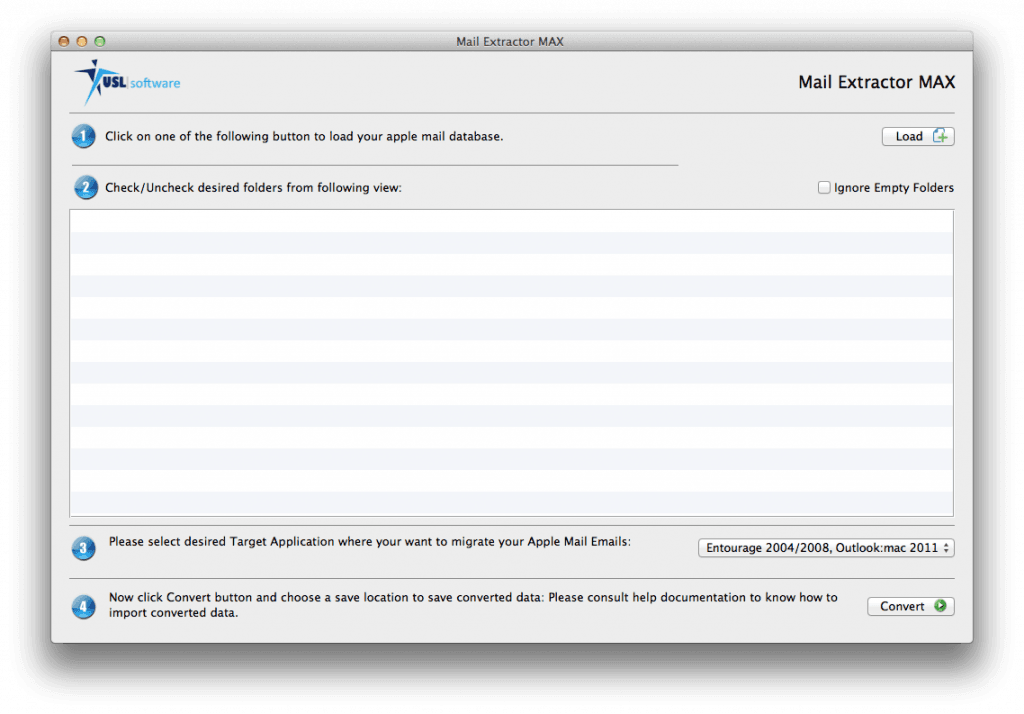 And part of its success is due to the intuitive UI that makes the entire process much easier, where other tools fail considerably. Email migration is usually a complicated process, but with the help of this tool, it will never feel like so.

Every step is intuitive to take and you just have to follow the wizard and you will be done in no minute.

Get it to Import Mac Mail to Thunderbird 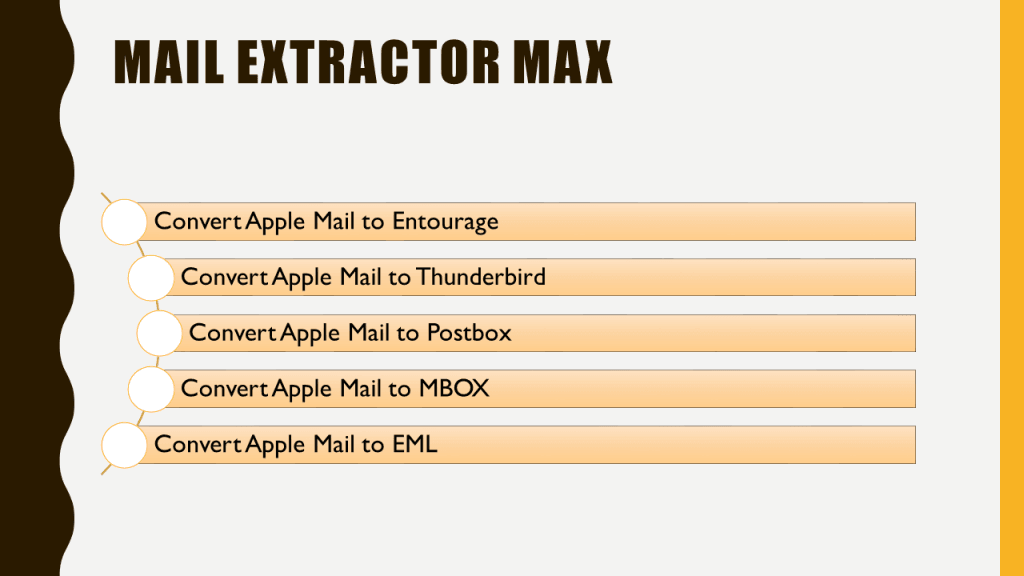 Get your trial version using the link here: https://www.mailextractormax.com/. Check it out and import Mac Mail to Thunderbird.