PST to MBOX conversion is a task that’s asking for trouble. Not only does it involved two contradictory files (Generic and proprietary) but also the files that are often used in different environments (Windows and Mac).

Add to that the scarcity of any sufficiently well-developed software, the job of converting these files can quickly turn into a bad dream. Not only is it hard for basic home users but also for professionals in a large work-place environment. The custom-built tools that a large enterprise might afford often gets the job done but still not in the most effective manner. And they are expensive enough to be out of reach for home users.

To deal with this, USL Software has brought up their own excellent Mac based application called “PST Extractor Pro.” 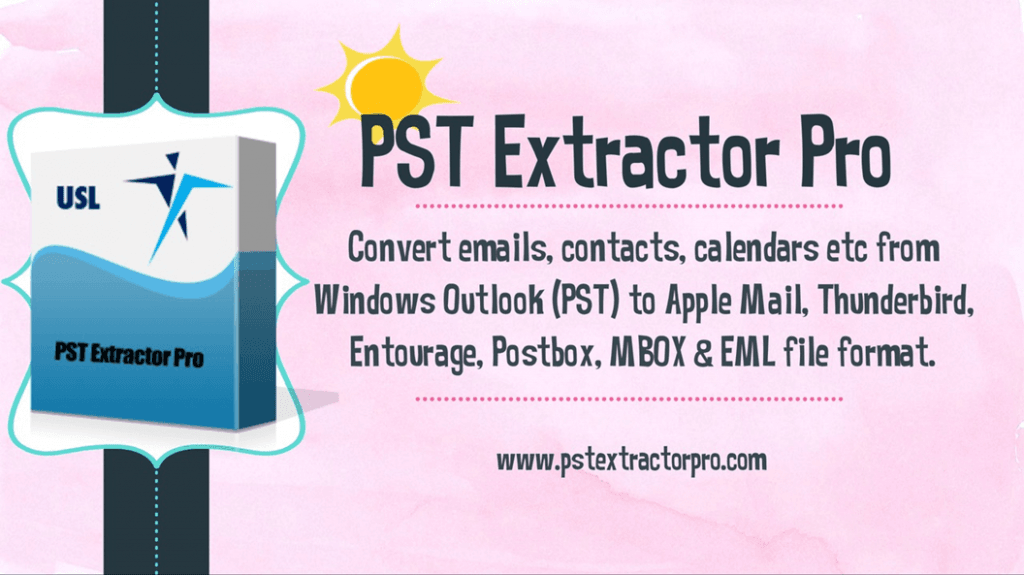 Download the trial version of ‘PST Extractor Pro’ here and use it directly and find out how it works, what are all the features, and how’s the interface. You probably have no doubt about its power and why it is considered the best solution for this job.

If you want to read further, take a look at the top ten reasons of why “PST Extractor Pro” has slayed any other method and has risen to the top.

Here are the top 10 reasons:

“PST Extractor Pro” is the only PST to MBOX converter of its kind that offers all functionalities without compromises. The power and simplicity in a single program is hard, especially in the domain of migrating emails, but USL Software has to managed to pull it off perfectly.

If you are interested, first thing to do is download the setup and use it freely under trial mode.

How to Convert PST to MBOX: 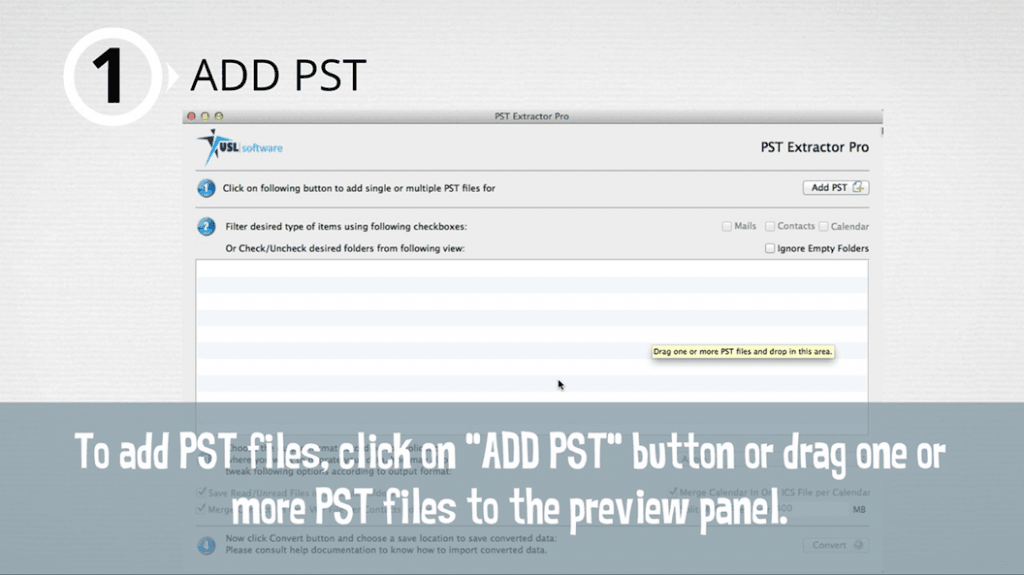 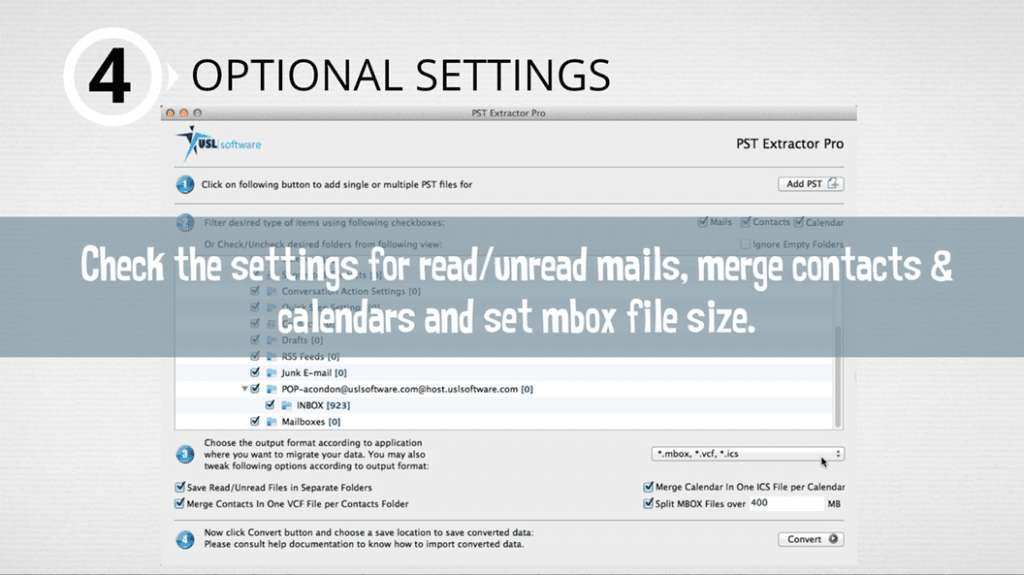 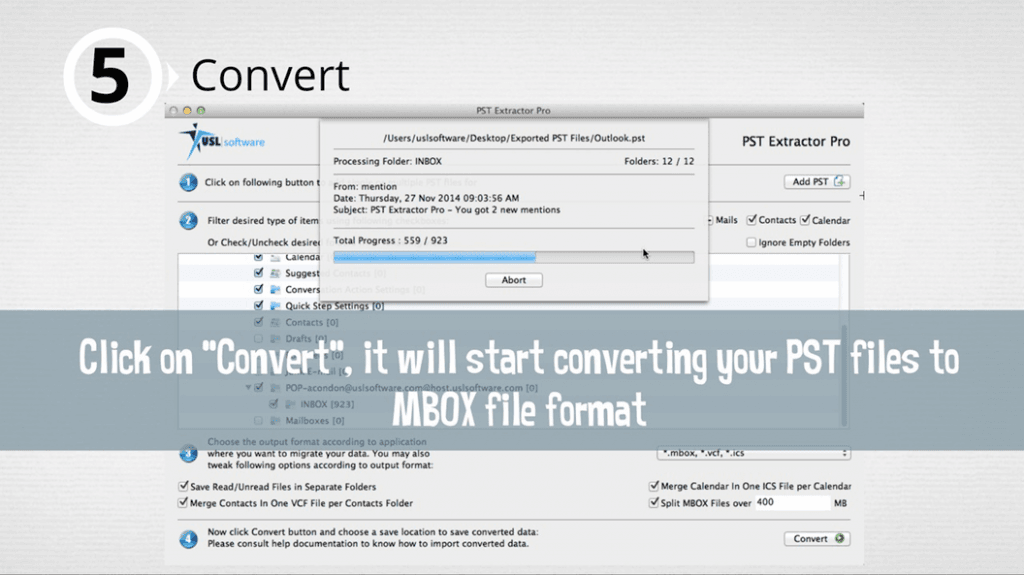 If you are looking for PST to MBOX Converter Mac, get ‘PST Extractor Pro‘ today.